This is the untold story of DAYLYT.

A story many have asked about and many others have simply assumed they knew about.

However this story is more of a parallel narrative of DAYLYT and his search for more truth.  His search for not only the "why's" but who he really is and what he was meant for.

Ride with me on this journey. As you do pay attention to dates, locations and parallels and take notes if you need to.

DAYLYT knew there was more to him than just that of a person who had a gift. A gifted linguist who was a conscience mentalist DAYLYT needed to know more. Know about himself, but also how the universe brought him to this very moment.

His hunger for more self truth and knowledge to him to Egypt where he was immediately submerged into a culture he had only read about.

Yet reading about Africa and it's many countries and diverse cultures could not match experiencing them in the flesh.

Nubians are an ethno-linguistic group of people who are indigenous to the region which is now present-day Northern Sudan and southern Egypt. They originate from the early inhabitants of the central Nile valley, believed to be one of the earliest cradles of civilization. Parts of Nubia, particularly Lower Nubia, were at times a part of ancient Pharaonic Egypt and at other times a rival state representing parts of Meroë or the Kingdom of Kush

Today, Nubians in Egypt primarily live in southern Egypt, especially in Kom Ombo and Nasr al-nuba north of Aswan, and large cities such as Cairo, while Sudanese Nubians live in northern Sudan, particularly in the region between the city of Wadi Halfa on the Egypt–Sudan border and al Dabbah.

You are now probably wondering, where is this going and how does this tie into DAYLYT?

Prepare yourself as this only gets deeper.

The Nubians were famous for boxing, wrestling, stick fighting and archery. The Greeks learned these skills from the ancient Egyptian and Nubian warriors.

Nubian Warriors were feared because of these hand to hand combat skills, but they were equally if not feared more due to their precise aim with an arrow from the strum of their bow. 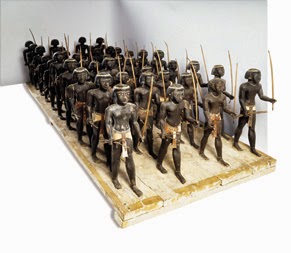 It is interesting to note that Ebed-melech is designated by three terms: Kushite, Nubian and Ethiopian. The term "Kushite" includes many peoples whose point of origin was the Nile Valley.

Beginning in Nubia and Sudan about 10,000 years ago, the Kushites spread across the Levant and Mesopotamia, going as far as Central Asia.

They also spread into the interior of Africa along the Shari and the Benue rivers, establishing kingdoms and chieftains as far at Lagos in Nigeria and into the southern Kordafan.

They also went West. The Ashante of Ghana were Kushites. Nte means "people of" and Asha is a proper name. The Ashante are the people of Asha, a Kushite ruler who established a kingdom in West Africa. Always prepared, multi-faceted in his approach, and precise with his lyrical content.

Yet he knew this wasn't all to who he was as a man.  Something within him pulled him to Egypt; a country within Africa which offered much by way of knowledge and answers.

DAYLYT realized that he could not only improve himself as a thinker and new realm mentalist being but evolve as a warrior with diverse temperament.

Anubis or Inpu, Anpu in Ancient Egyptian Ancient  is the Greek name of the god of death, mummification, embalming, the afterlife, cemeteries, tombs, and the Underworld, in ancient Egyptian religion, usually depicted as a canine or a man with a canine head.

Like many ancient Egyptian deities, Anubis assumed different roles in various contexts. Depicted as a protector of graves as early as the First Dynasty (c. 3100 – c. 2890 BC), Anubis was also an embalmer.

One of his prominent roles was as a god who ushered souls into the afterlife. He attended the weighing scale during the "Weighing of the Heart," in which it was determined whether a soul would be allowed to enter the realm of the dead. Despite being one of the most ancient and "one of the most frequently depicted and mentioned gods" in the Egyptian pantheon, Anubis played almost no role in Egyptian myths.

DAYLYT will educate you while mentally eviscerating you. You must be worthy of his skillful way to leave you where you stand all while removing you from this world linguistically.

You must be worthy to join the others in the afterlife of lyrical assassination.

Anubis was depicted in black, a color that symbolized regeneration, life, the soil of the Nile River, and the discoloration of the corpse after embalming.

One of the roles of Anubis was as the "Guardian of the Scales." The critical scene depicting the weighing of the heart, in the Book of the Dead, shows Anubis performing a measurement that determined whether the person was worthy of entering the realm of the dead.

By weighing the heart of a deceased person against Ma'at (or "truth"), who was often represented as an ostrich feather, Anubis dictated the fate of souls

ANUBIS is known as the Protector of Tombs, Graves and Cemeteries.

He killed Set and wore his skin to warn others who might approach and attempt an attack.

Take all you have just read and digest. Understand the parallels and story behind the stories. Then continue.

DAYLYT needed more.  He needed to understand what warrior's endured and sacrificed in ancient times from the Motherland.

He spent time with story tellers and took his own pilgrimage throughout Egypt.

During this pilgrimage he learned the ways of different warriors.

Preparing for battle is something one can truly never do but once battle has begun you are in the fray.  In order to mentally prepare for the potential pain one might endure yet still need to battle warriors would get tattoos. Yet tattoos unlike what you or I and even DAYLYT himself were familiar with.

Tattooing brushes were usually made up of three, seven, or nine needles, as the Egyptians placed special importance on those numbers. The tattooing brushes were then dipped in charcoal soot or indigo powder and used to puncture the skin multiple times, in order to create the desired tattoo.

DAYLYT wanted, no NEEDED this experience.  Admittedly shocked by the process of those ancient times yet still done today, he knew his evolution and ultimate transformation could be set in motion.

But what would he get?
Where would he get it?
Once he decided and began the process would he regret it?

DAYLYT knew his internal being could withstand anything. So if this was to be, he would get a tattoo in a place most prominent. A place where, when seen by other's would not only cause surprise and questions, but spark discussion and hence education.

Once he decided his face would be the place, he let the Egyptian tattooist do what design was he thought DAYLYT was worthy of.

When DAYLYT returned from his pilgrimage he had a hunger for more knowledge of self.  He wanted to know if there was even more he needed to do.  Yet he needed time. More time.

When he was seen publicly, many thought he'd gone crazy or gotten a tattoo for attention.  No one knowing the real reason.

People thought it was giving honor to SPAWN a Black Super Hero or even the Ultimate Warrior a wrestler.

He decided to go with Spawn as it seemed to fit the narrative of where he was at the time.

He knew he couldn't truly reveal himself and his true reasons and the backstory because HE himself had not come to where HE needed to be with HIS story.

So he rolled with it knowing once the time was right he would tell his true story.

The True Story
The Anubis Warrior Mask is made for the living Only the pure of heart can wear the Mask to gain access to the Land of Gods in the Duat, or the Egyptian Underworld.
Anubis keeper of the dead was once thought to be evil, yet he was the God of the afterlife who helped judge souls and guided lost souls. Therefore Anubis was not evil but rather one of the most important gods who kept evil out of Egypt.
Few are worthy of wearing the mask of Anubis. Now one might think this is either; crazy, ironic or divine but the story does not end here.

MANSA and the MALI EMPIRE

DAYLYT not yet revealing this story and Anubis connection began searching for more.

According to a number of sources, Abubakari II, Mansa (King) of the Mali Empire in the 14th century, led Malian sailors to the Americas, almost 200 years before Columbus arrived.

“The First Americans Were Africans” By Dr. David Imhotep, Ph.D.

"Stop letting revisionist history tell you that we came here as slaves. That’s not the truth.

We came here as explorers in 1300 with Abubakari The Great. He was a ruler of the ancient Mali Empire who made an expedition to the Americas in early 1300.

Prior, to that we came to the America’s nearly 12-20000 years ago and there is genealogical, archaeological, linguistic and historical evidence of us being here.

Those markings found in North America, that have been attributed to the Vikings, those were Malian.

The first Vikings/Celts were BLACK Africans NOT Europeans.

If you don’t believe me? Do the research.

This isn’t opinion this is historical and genealogical facts.

We are magnificent and I refuse to be called a “minority” any longer. Melanated people are the global, historical and biological majority."

﻿Abukari also spelled Abubakri and known as Mansa Qu, may have been the ninth mansa of the Mali Empire. He succeeded his nephew Mansa Mohammed ibn Gao and preceded Mansa Musa. Abu Bakr II abdicated his throne in order to explore "the limits of the ocean".

He had two thousand ships built.  One-thousand for men and women, and one- thousand for livestock, food and drinking water.

Mansa Musa, was the tenth Mansa of the Mali Empire. He has been described as the richest black man who ever lived.

While many are familiar with Mansa and his power and generosity few are aware of his pilgrimage to Mecca.

During his pilgrimage Musa crippled economies of countries as he passed through by giving away so much gold it devalued it affecting those countries for almost 20 years.

Upon researching and finding out more and more DAYLYT felt as if he'd been here before.  Not sure how, but he began to search and during his search came across pictures of men who not only resembled him but had his same marks. He doesn't claim they are pictures of Mansa or anyone in his lineage but he knows coincidence is the disbelief in the universe working. Now after reading all of this... you may be wondering "what's next?"

Not every story has an ending all wrapped up in a bow.

DAYLYT hopes that by reading this you can find your ultimate purpose and do whatever it takes to find it.  If you don't find it now, or ten years from now, keep searching for the evolution of self.

This journey will keep you hungry while feeding you at the same time.